Listen for the silence of suicide – World Suicide Prevention Day 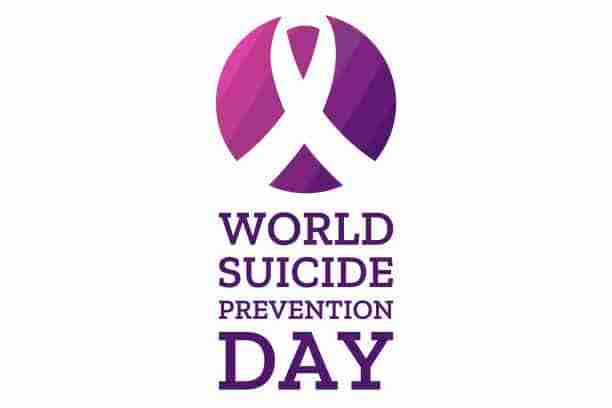 Suicide prevention day which is a good way to raise awareness because there is a silence to suicide.

Each year, over 800,000 people die by suicide and up to 25 times as many make a suicide attempt. Every single one of the people in these statistics have felt that life is no longer worth living. But many of these people won’t have told anyone how they are feeling. Most people will have family, friends, work colleagues and neighbours but when they spoke to these people they didn’t tell them how unbearable they were finding their lives.

Often, people suffering emotionally so deeply feel they can’t share their feelings with anyone. There may be a number of reasons:

Could you save a life?

The theme of the 2017 World Suicide Prevention Day is ‘Take a minute, change a life.’ This means noticing is someone around you is struggling and checking in with them. You don’t have to have all the answers for them, just let them know you are there and you care. Offering a gentle word of support and listening in a non-judgemental way can make all the difference.

The more open we are in society and communities about it, the more help it will be.

People who have lived through a suicide attempt have much to teach us about how the words and actions of others are important. They often talk movingly about reaching the point where they could see no alternative but to take their own life, and about the days, hours and minutes leading up to this. They often describe realising that they did not want to die but instead wanted someone to intervene and stop them. Many say that they actively sought someone who would sense their despair and ask them whether they were okay.

The International Association For Suicide Prevention Society have spoken to suicide survivors who said if someone had asked if they were okay, they had decided to talk to them and accept their support. Sadly, they often reflect that no one asked.

Can you imagine saving someone’s life. Just by asking if they are ok? I mean REALLY ok?

You don’t need to be an expert of any kind to help someone. You just need to listen. Often that first opening up to someone is therapeutic to the person feeling suicidal will seek help or be open to seeking help after they have opened up. Its like they are a pressure cooker and they’ve let a bit of the steam out.

The smallest bit of compassion and empathy can be all someone delicate needs to feel that life is worth living.

Obviously it is extremely sad that anyone commits suicide but the pain they leave for those around them can live on forever.  A suicide is shocking for all involved. Even if you don’t know someone very well, it can still be shocking and painful.

It is often an event like divorce or redundancy that can really bring someone down. Or stress or depression just becomes unbearable.  It is so important to look after your mental health and seek support if you feel you need it. Seeking help can make a tremendous difference to how you feel.

The stats around suicide

There are numerous relevant resources on the websites of the International Association for Suicide Prevention (https://www.iasp.info/resources) and the World Health Organization (http://www.who.int).

You might choose to Light a Candle near a Window  to support World Suicide Prevention Day to show your support for suicide prevention,  to remember a lost loved one, and for the survivors of suicide.

The Samaritans are an excellent source of support if you need to talk to someone. Their number is 116 123. You do not need to suffer in silence.

Finally, if there is anyone you are concerned about, take a minute to check in with them. It could change their life.